Gromit Unleashed 2 was the latest in a hugely successful run of sculpture trails organised by The Grand Appeal to raise funds for Bristol Children’s Hospital.

The trail featured customized sculptures of Gromit, his owner Wallace, and the villianous Feathers McGraw!

We documented almost every stage of the trail, producing films to reach out to high profile figures to be a part of the event, following the creation of the sculptures and their eventual customisations and films that focussed on some of the specific projects that the trail would raise funds for.  Following on from there we covered several launch events, filmed the sculptures themselves on the trail and documented the GU2 auction which raised over £1.6 million for the childrens hospital.

This particular film is a look back at the trail and it’s achievements. 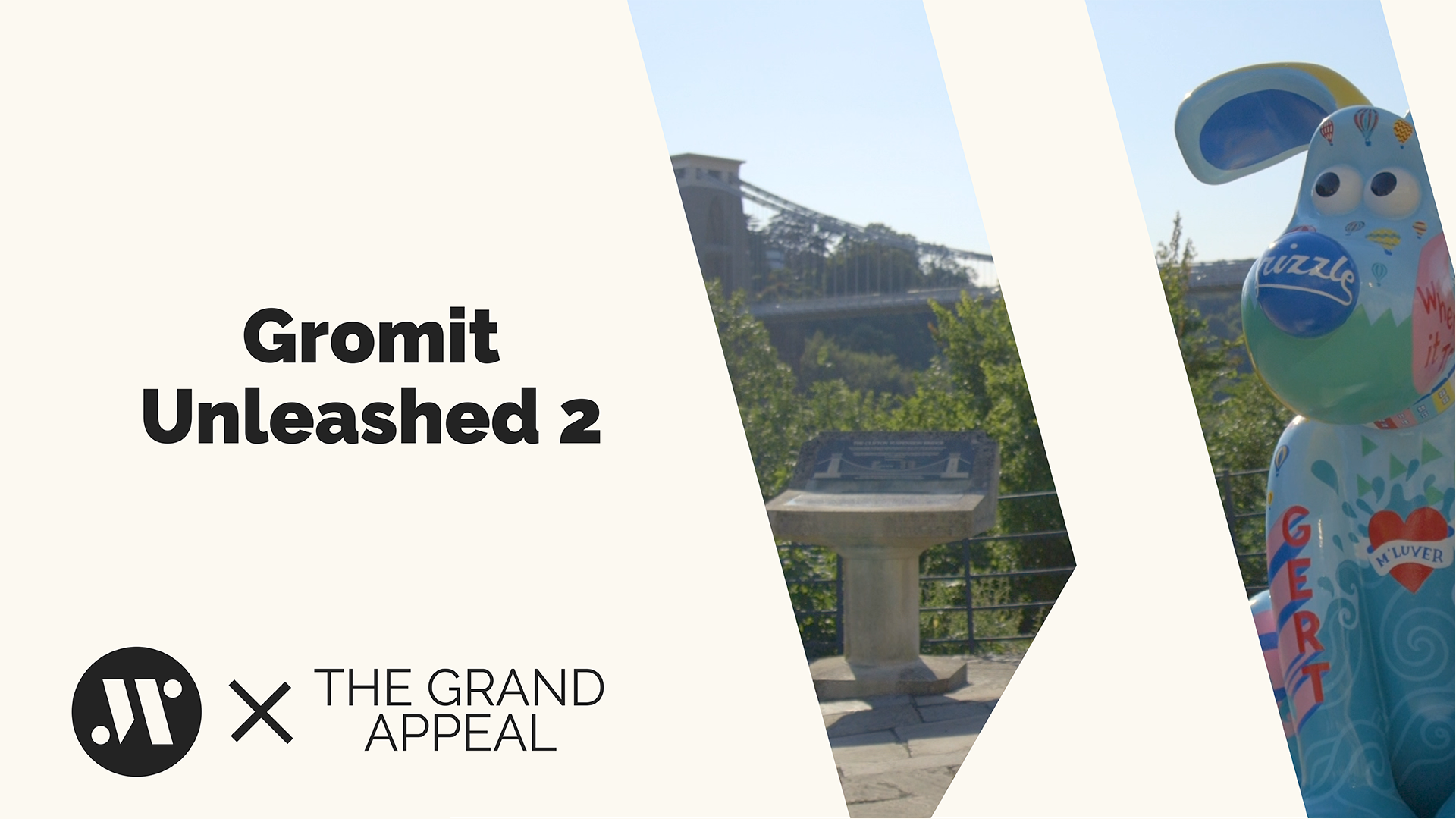